Relaying in the DX Age 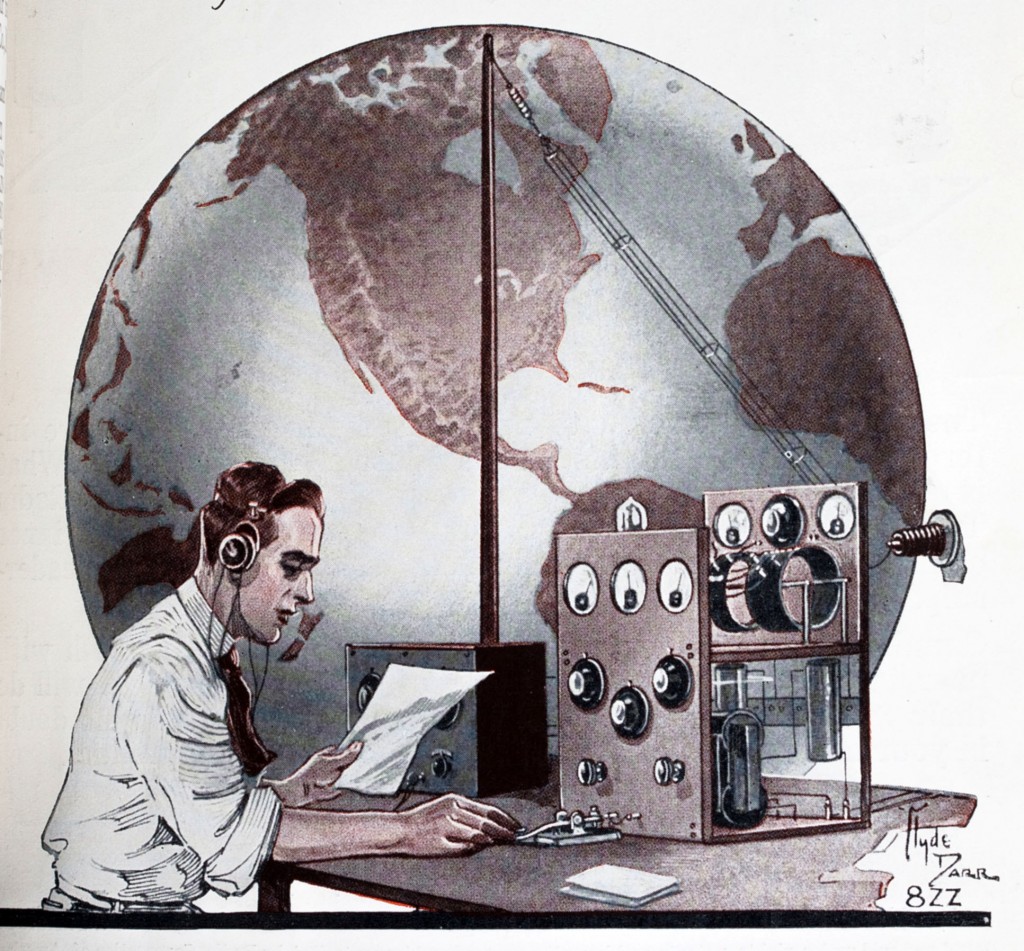 In spring 1926, Fred Schnell resigned as ARRL communications manager after six years in the job, which included holding its former title, traffic manager.1 He was leaving to join the C. F. Burgess Laboratories in Madison, Wisconsin, well known for its batteries and other radio apparatus.

Citing the “faithful, efficient and progressive manner” in which Schnell worked as a League official, the ARRL Board extended its appreciation and best wishes for his future endeavors.

F. E. (Ed) Handy, who had filled in temporarily during Schnell’s Navy stint, now took over the position permanently. When Schnell left Hartford and the first district, his rather well known call sign, 1MO, became available. In what was likely an inside arrangement, the call was quickly assigned to Handy’s (formerly Schnell’s) secretary, the newly licensed Dorothy Menk, a worthy recipient.2 Meanwhile out in Wisconsin, Schnell became 9UZ.3 A year and a half later, Don Mix, 1TS, operator of the first WNP expedition, joined him at Burgess.

The Communications Department had grown significantly in scope beyond the League’s foundation in relaying messages and now concerned itself with all on-air activities. The two most popular activities, DX hunting and traffic handling, served to promote investigation of the new shortwave bands.

Warner noted that, although the pursuit of DX had become all the rage, it should not subsume other amateur activities such as casual contacts. Friendly on-air relationships were what built up the spirit of amateur radio, something he thought was now “precious near gone.” He called on amateurs to “be more human; learn to talk; use your station as an instrument for the cultivation of friendships; give heed to the spirit of Amateur Radio and learn that there is something in the game far more precious than the eternal hollering for QSL cards.”

The old trunk line system for handling traffic had died back around 1919 with the war shutdown, the rise of CW and longer-distance contacts. Instead, the system became a net where everyone could work everyone else directly, or a free net, where the practice was to pass a message to the furthest station contacted in the desired direction.4 With the opening of the shortwaves, everyone spread out into the new allocations. The number and distance of workable stations increased, and it became more difficult to find another station for handling messages.

In 1925, 6PS suggested an effective solution to the problem: a five-point plan, in which each station arranges skeds with four others in each of the four compass directions, chosen for reliability but at some significant distance. The scheme ensured that there would always be someone to pass messages to and, depending on the frequency of skeds, a message would never wait long to get passed on.

Rather than a nationally coordinated system of relaying, message handling had thus become more of an everyday practice with simple contact rules in which a subset of hams took part. Nationwide connections and flows of messages emerged from the activities of individual amateurs. 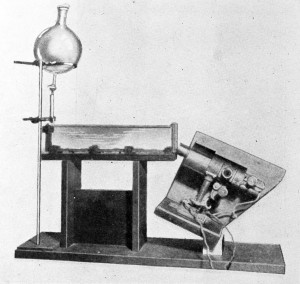 Building upon a few years of amateur shortwave experience and a new understanding of atmospheric phenomena in the scientific community, Chester W. Rice of GE Research combined theory and experiment to present the first comprehensive explanation of sky-wave propagation in a two-part article in QST.5 Rice explained how ionization in the Earth’s atmospheric layers occurred and changed with time of day and season. He then derived how such layers could bend electromagnetic waves back toward the surface by showing, in painstaking mathematical detail, how the velocity of waves is affected by electron concentration in the high atmosphere. This model described skip distance as a function of radiation angle and frequency, predicted minimum and maximum ranges, explained why signal fading occurs and suggested how to avoid it, and advised which wavelengths to use for any chosen distance for a given time of day and season. The only variable he neglected to account for in his technical tour de force was the solar cycle. He went so far as to construct a vivid, visual demonstration of wave bending using fluorescent liquids of different densities. This setup could render a light beam visible as it traced various paths that changed depending on angle. Rice’s contraption could even simulate multiple reflections between earth and sky! 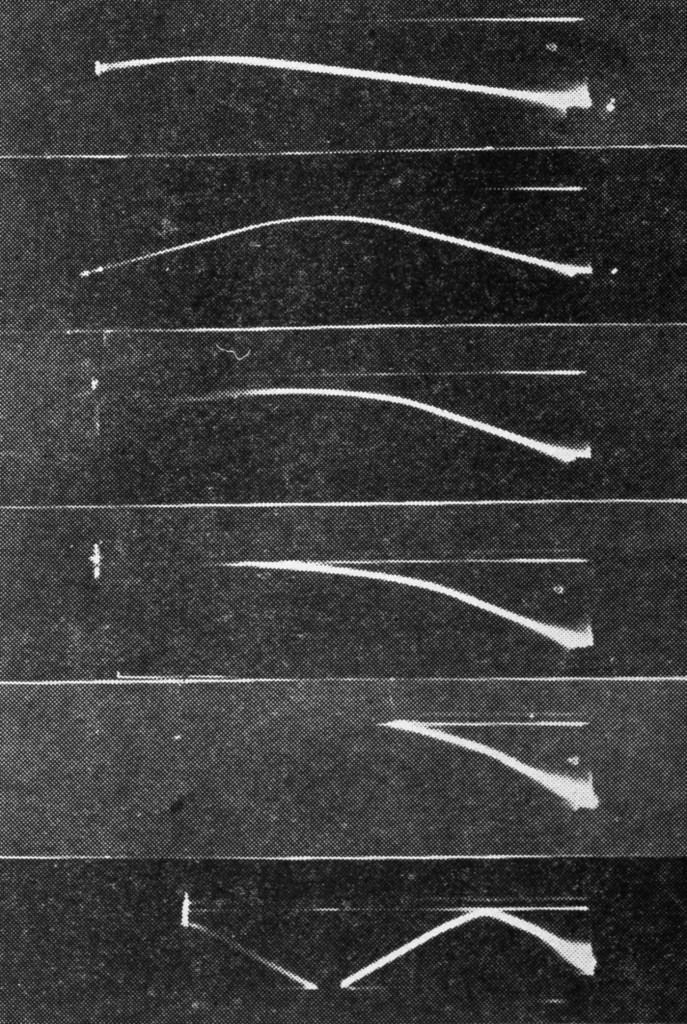 Photos from Rice’s simulator in operation

But as amazing as Rice’s exposition was in all its many details, one bit of analysis stood out from the rest because it explained the long-lived conventional wisdom that longer waves carried further. His model showed that  at wavelengths greater than 214 meters, range did indeed increase with longer wavelength. But it also showed that at wavelengths shorter than 214 meters, it  increased again because of enhanced sky-wave propagation—something unseen all those years ago because no one anticipated that the observed trend would reverse itself. Rice’s model predicted that 200 meters was very close to being the minimum range wavelength!

ARRL secretary Kenneth Warner caught this gem and highlighted it in his editorial the following month, writing, “Here is the whole story of radio in one chart,” referring to Rice’s graph showing a range minimum at 214 meters. He then added, “It is pointed out that the world’s worst wavelengths for DX in term of miles per watt are those waves just above 200 meters where we amateurs so long congregated. We’ve often heard that when amateurs were first given 200 meters it was regarded as a useless wavelength, but even the people responsible for the assignment could hardly have known that of all the wavelengths in the spectrum it was the worst…”

Since Marconi, all the work at 200 meters and above had merely hinted at atmospheric refraction of radio waves—a way of explaining fading effects and other freaks, as they were called. Conventional wisdom held, and observations supported, the assertion that such effects disappeared entirely at that wavelength. No one saw through the 200-meter wall. Not only did the effect not disappear, it got stronger. Ironically, a complete understanding of the sky wave phenomena would not and could not emerge until experimenters ventured down below 200.

Have I Got a Band for You!

In the spring of 1927 Ed Handy wrote at length about the virtues of the still-underused 20 meter band.6 Sounding a little like an infomercial pitch man from the future he asked,

Are you looking for a new and thrilling experience with your outfit—something a little bit different? In trouble with QRN? Well that’s not unavoidable you know. Even though no one has yet devised a simple and wholly successful static eliminator, there are ways around the difficulty. If you are tired of the increasing QRN in evenings, if you are one of those who complain bitterly about 40-meter QRM and the DX-hounds who inhabit the 40-meter region, it is earnestly suggested that you try a new and higher frequency band.

Operators were standing by.

Conventional wisdom held that 20 meters was only useable in the daytime. With the solar maximum drawing ever closer, the time was just right for exploring the higher bands. The 20 meter band was 2,000 kHz wide, from 14,000 to 16,000 kHz. Handy called for amateurs to keep accurate logs and send reports to HQ so that everyone could learn about signal behavior on 20, day and night.

Warner also did not believe amateurs were making enough use of 20 meters.7 But it was not all that surprising since it simply continued the historical propensity of hams to initially resist moving lower in wavelength. A few years earlier amateurs hardly ventured below 200 meters even though, at one early point, they could have operated anywhere they wished down there. Later, when the new allocations arrived, they needed prodding once again to try out 80 and then 40 meters. Now those bands were congested and the wide-open space at 20 meters was hardly being used. Anticipating a commercial play to grab more shortwave spectrum, it was time for hams to make use of what they had been given, lest it be lost.

Whether it was QST’s reach or simply on-air word of key, the activity on 20 increased substantially in only one month. Members responded beyond expectations to Handy’s and Warner’s calls for reports and activity.8 In fact, later that summer 5ACL wrote9 to complain that the QST publicity about great conditions on 20 were ruining it! When everybody comes down it would be as crowded as 40 is now, he predicted, pleading “Let nature take its course. The bright boys will QSY quickly enough and the rabble will be blissfully unconscious as usual. Come on and let’s keep one secret at least. What sa?” Then, as a postscript he admitted, “’Stu late now OMs. Let’s all go to 5 meters.”