As vacuum tubes were making CW practical, they were also making voice transmissions possible. Experimental broadcasts using radiotelephone—or just “phone” to hams—began as experiments by amateurs and some of the wireless telegraph companies, including Marconi and DeForest. In these early years of radio, just having a receiver to listen to the limited number of phone broadcasts was sufficient to be regarded as a radio amateur.

The Marconi Wireless Telephone was demonstrated publicly for the first time on 12 June 1916.  Aboard a ship making its way out of Long Island Sound en route to Boston1, an audience heard conversation and music via a two-hour broadcast from Marconi’s station in Aldine, New Jersey.  David Sarnoff, then Marconi’s Communications Manager, demonstrated the new technology to members of the New York Technology Club who were on their way to attend dedication ceremonies for new buildings at MIT.  Among the distinguished group were Orville Wright and Alexander Graham Bell.

That same year, thousands of amateurs listened to the DeForest company’s radiotelephone test broadcast of opera music from a phonograph in their lab at Highbridge in New York City.2 The company planned to continue the tests with a news format scheduled for every weekday at 8:00 p.m. on 800 meters.  With so many hams in the audience, their request for reception reports was answered quickly as the mail poured in just before the war closing took effect.3 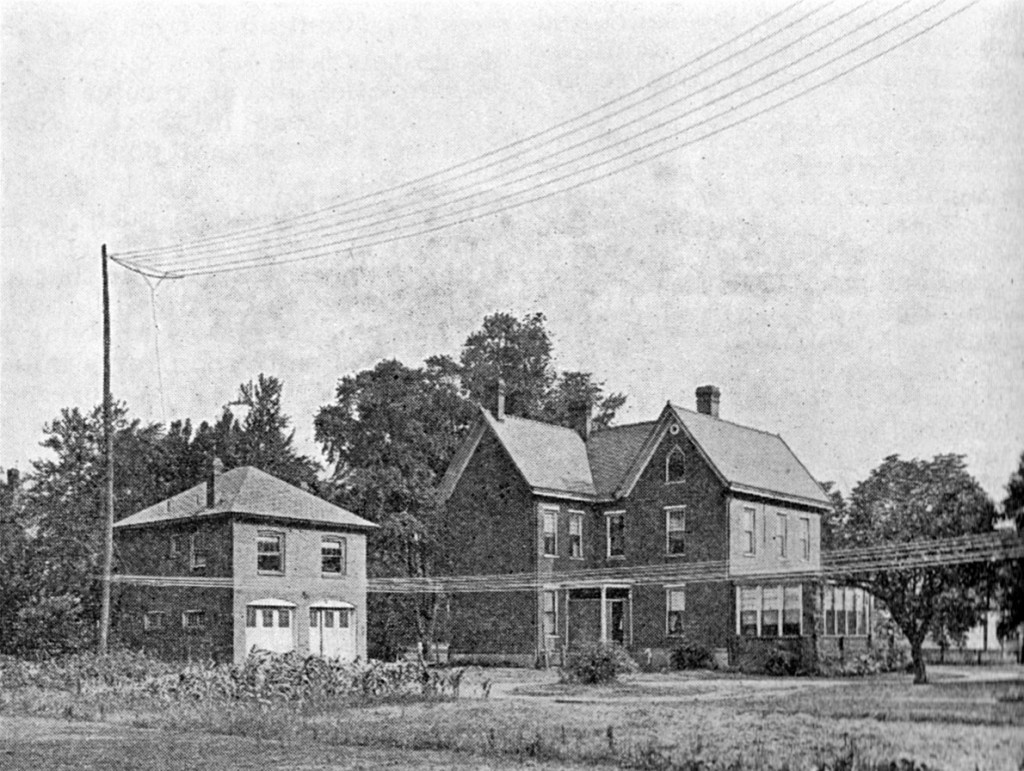 After the war, some of the first regular broadcasts came from Frank Conrad’s station, 8XK in Pittsburgh, playing music. Westinghouse, his employer, began manufacturing simple receivers so that people who were not amateurs could also listen4—establishing a new and different category of radio users. Several thousand Westinghouse receivers were sold in the Pittsburgh area in 1920, perhaps the first such sale specifically aimed at the general public rather than hams. Anticipating a business opportunity broader than just Pittsburgh, the company proceeded to erect broadcasting transmitters in several other cities. Conrad’s station, 8XK, later became KDKA.

This was the beginning of the radio broadcasting boom, which would put wireless technology into almost every home and revolutionize both commercial and amateur radio.

One of the first in-depth technical treatises to cover radiotelephone for radio amateurs was delivered by engineer Walter S. Lemmon at an R.C.A. meeting in the spring of 1920 and published in QST.5 Describing basic amplitude modulation (AM), Lemmon emphasized the necessity of using only undamped waves, since any form of damped oscillation would not be capable of faithfully reproducing the modulating audio. With spark, for example, any audio that occurred between sparks would be lost. This fact had not kept people from trying.

One early method of modulation simply involved inserting a microphone in the antenna or ground lead. “However, the limited current carrying capacity and resultant heating of the microphone makes this scheme very wasteful of energy and it has long since been abandoned,” wrote Lemmon—without mentioning the likely uncomfortable effects on the operator. With vacuum-tube sets you instead could modulate the grid or plate current by various means (basically the same ways practiced today). The plate, or Heising, system was preferred, in which a modulator tube’s plate circuit was placed in parallel with the oscillator tube’s plate circuit, both supplied with DC via a choke bypassed for RF by a capacitor. When the modulator tube conducted, it decreased the current in the oscillator tube, thus modulating its signal.

Raymond A. Heising, for whom the method was named, was an Engineer at the Research Laboratories of AT&T and Western Electric.  He presented the idea himself to an amateur radio audience in another R.C.A.-to-QST relay—a seminar at Columbia University in February 1921 followed by a two-part QST article.6 It was yet another example of a radio pioneer, well published in professional journals, adapting his work to be understood and used by amateurs and describing it in a seminal paper.

Heising explained the theory of amplitude modulation, but called it simply radio telephony. His comprehensive treatment first warned against applying modulation techniques used in telegraphy, pointing out the fundamental distinctions that are obvious today. For example, in telegraphy, any old noise applied to the transmitted signal would suffice to make it audible in the receiver, whereas in telephony, the object was to have the receiver exactly replicate only the applied noise (he actually called it noise, meant in a generic way to mean useful sound, not a thing to be avoided). He proceeded to explain the basic mathematics, the origin of sidebands, which he called side frequencies, and the problem of over-modulation, describing its sound as “tinny.” Part two presented all the information amateurs needed to build an up-to-date radio telephone transmitter, including circuit designs, and advice on which circuits and component values to choose for various kinds of vacuum tubes.

In the summer of 1921 it was all there—the complete, basic blueprint for sending sounds over radio.  Many others would build upon this foundation for decades to come.  Heising’s article was just in time for, or perhaps one of the causes of, the coming explosion in radio telephony.