Amateurs were making progress taming the QRM problem. Sometimes a solution did not involve a new invention, or even technology at all.

In a drama worthy of a Broadway play, Central Division Manager R. H. G. Mathews, 9ZN, described the bleak situation in Chicago before the war.1 Acute rivalry between local clubs had resulted in “gangs” in the north, south, and west sides of the city, “each having as a primary object the annihilation of the aerials of the others.” The situation had gone from bad to worse. In fact, during the Washington’s Birthday tests, someone tore down Mathews’ own aerial just before the relay began. A replacement was hurriedly erected and then “two friends sat out under the mast with 38 caliber ‘cannons’ and chased away exactly eight individuals, each with his little side cutting pliers.” Clearly, urban QRM was not the only problem arising from lack of cooperation. Something had to be done.

Individual influential amateurs in each Chicago area met and worked together with ARRL city manager Schnell to discuss the situation and come up with a plan they could all endorse. They formed an Executive Radio Council that included officers from each constituent club, all of which were ARRL affiliates, to administer and regulate operations in the metropolitan area. New clubs were also formed in areas where no previous one existed. As a representative body, with personal relationships among the officers, the Council was able to get the endorsements of the various groups. Their intent was to be fair to everyone while at the same time not interfere with each individual group’s activities. Cross-membership was encouraged, the dues were regulated to be all the same, and meeting dates were coordinated so as to avoid schedule conflicts. The average club size was about 100 members, and the most successful were the ones that concentrated on the social aspects of the hobby as well as the technical.

The council went to great lengths to foster an environment of cooperation and friendship—the only way to obtain a foundation on which the authority of the council could be based. It drew up a set of fifteen “traffic regulations” stipulating hours of operation, what kinds of operation could occur in each time period, operating procedures, and what defined local as opposed to long-distance work. It also defined the role of traffic officers and their duties.

Crucial to making this work was acknowledging that some hams were interested in long-distance experiments but not necessarily in handling message traffic. Thus, there were three classes of operators: local, long-distance traffic, and long-distance non-traffic. No station was permitted to work both long-distance periods on the same night. This single new realization went a long way toward eliminating the friction between the groups.

Each club handled enforcement under the coordination of the city manager. After investigating a violation, the club to which the offender belonged would be fined. If the offender was not a member of any club, the one in whose territory he resided would be fined. It was then up to that club to collect payment from the individual amateur, if possible, or ensure that no further violations occurred. But it turned out that the system worked so well that very few fines were ever charged. The Council also organized a direction-finder squad whose job was to locate unlicensed stations or other unidentified offenders. 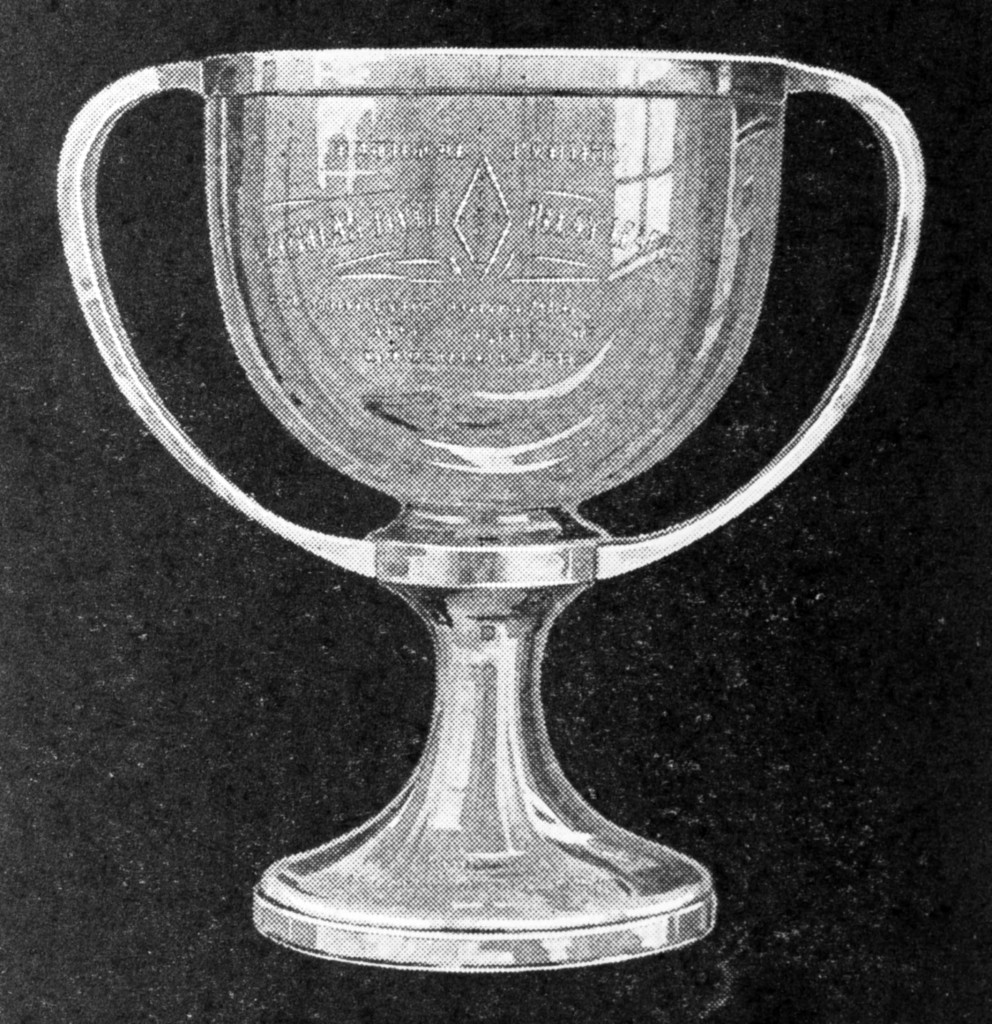 Proud of their accomplishment, Mathews boasted that “these methods combined with the loyal mutual cooperation of our big fraternal radio ‘club-families’ have converted Chicago from a radio-Bolshevist community to what I now believe it to be, the best big radio city in the United States…” The Chicago Plan, as it came to be known, was a model for cooperative operation.

The Smith Cup was a one-time award in the form of a loving cup, donated by Seymour Wemyss Smith of the Hartford Courant (and ARRL member), to be given to “the amateur performing the most outstanding feat in the interest of Citizen Radio” during the summer months as determined by a committee.2 R. S. Kruse 3ABI, agreed to chair the selection committee and enlisted other well-known amateurs including Vermilya, 1ZE; Goette, 2JU; E. H. Merritt, 4YA; J. M. Clayton, 5ZL; A. E. Bessey, 6ZK; Royal Mumford, 7ZJ; Rev. A. J. Manning, and 8ZG; and R. H. G. Mathews, 9ZN. What exactly could constitute a “most astounding feat” was unspecified but could include achievements in on-air operation, technology, organization, or publication.  Regardless, the award was clearly aimed at summer, when operating was more difficult.

In spring 1922, the Smith cup was awarded to the Chicago Executive Radio Council, in recognition of The Chicago Plan. It is unclear whether Mathews, as a committee member, participated in the selection.3

For the first time, Calls Heard contained reports from stations hearing calls from every district. And 9CA and 9GC reported hearing both coasts at the same time, another first in a decade that would produce many more.