The League ran another round of transcontinental relays over several nights in January 1921, setting new records for coast-to-coast round-trip message relaying.1 Maxim’s station, 1AW, participated in several of them, even unplanned ones, operating all night with several guests sharing the duties as operators.

On the first night, 14 January, the Hartford Courant and Los Angeles Times editors exchanged greetings, as did the editors at The San Francisco Examiner and Boston American. The second night, the mayors of Hartford and Los Angeles exchanged messages, along with the editors at The Boston Globe and San Francisco Chronicle, and those at the Ellendale, North Dakota Leader and The New Orleans Item. And on the third night, the Elks in the two Portlands, Oregon and Maine, exchanged messages from their respective mayors in just an hour and 21 minutes.

Though not as good as on previous nights, conditions on the final night seemed good enough for an all-out record speed attempt, with light strays in the east and an intense rain storm in the west.

There is really something very theatric in the line-up for a big Transcon test. We have been interested in radio for a good many years, and we have seen a good deal of it from the amateur side, but the wonder of it never palls. There is a genuine fascination for us on any old night when we marvel of our ability to sit in a half-darkened room before a little collection of instruments, with the audions dimly glowing and hear the messages from our friends come buzzing in thru the night. How much greater the thrill, then, on this eventful night as the entire country got set for the endeavor to hang up a new speed record.

The special message was postponed until 3:00 a.m. to allow conditions to improve and perhaps quiet down a bit. Stations then fell silent in response to “QRX pse OM transcons,” leaving the airwaves to only those directly participating in the tests. “The great organization of the A.R.R.L. was clearing decks for action,” wrote Warner. “From 3 o’clock until 4:45 not a signal was audible at 1AW when 9ZN was silent … yet hundreds upon hundreds of stations were QRX with eager ears, and the very air was tense.” 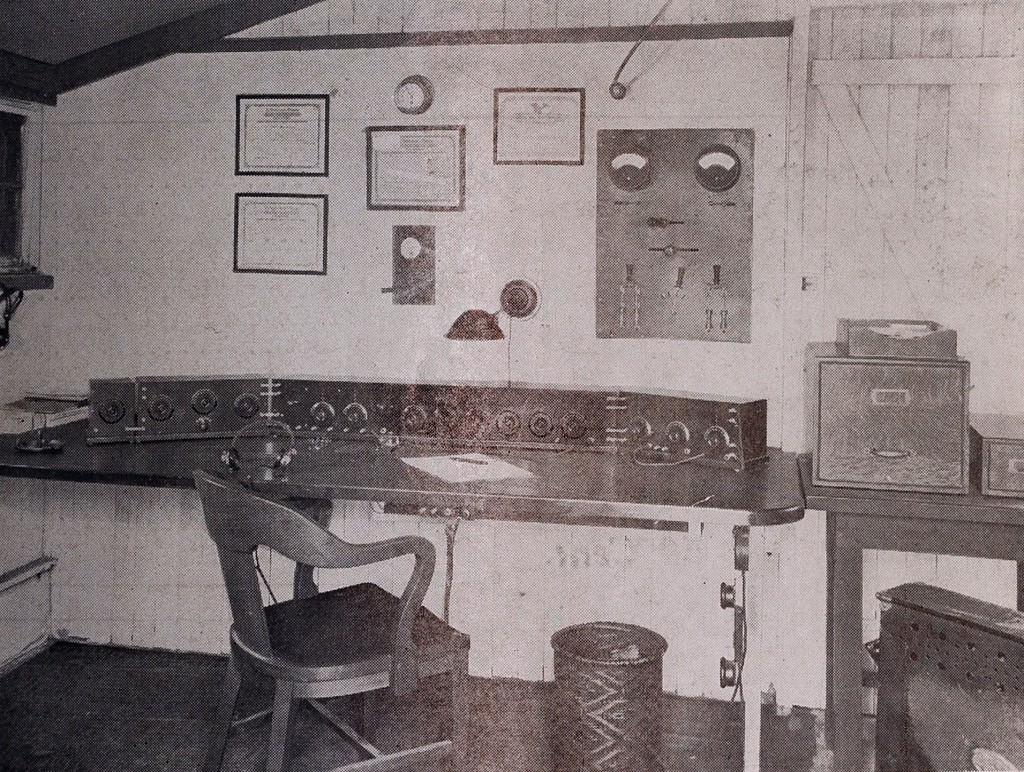 Five round-trip messages were planned to be sent by Maxim and Schnell at 1AW to Pacific Division Director A. E. Bessey at 6ZK in Sunnyvale. The first one traveled out and back in 23 minutes triggering many intermediate relays to be “clipped off at a speed around 30 w.p.m.” The second one never reached 6ZK due in part to poor conditions but also because he simply was not expecting a second message, having received incomplete instructions. But 29-year-old Californian Vernice M. Bitz at 6JD, who had been one of the intermediate relayers, intercepted it and sent a reply himself that was received just minutes later by 1AW. A stickler for detail, Maxim nevertheless considered this a failure since the reply did not come from the addressee. 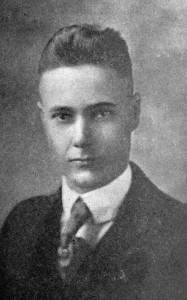 No matter. On the third try, 1AW changed his target to try a round trip to 6JD, who immediately dashed off a reply “right out of his head.” This third message set the new round-trip speed record of 6-1/2 minutes, Hartford to Los Angeles and back again, via four relay stations each way.

The bugs in Hartford were jubilant. 1AW sent a fourth message simply asking “6JD—How does Calif regard prohibition2—Maxim.”

13-1/2 minutes later the reply arrived: “Mr Maxim—Calif is supposed to be dry but it is very wet here now it has been raining all day—V M Bitz.” 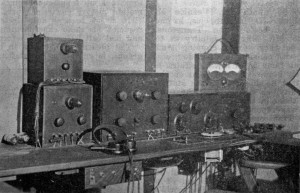 The test ended with a QST message reporting the new records and thanking all involved. Success that night was due every bit as much to cooperation by everyone on the sidelines in clearing the air as it was to the skill and persistence of the direct participants. The ARRL would now make the Transcons a yearly event.

The New York Times reported the new record in a short article, noting a “new civilian wireless record,” crediting Maxim and the ARRL.3