The air began to fill with signals from military, commercial and amateur transmitters. By mid-1904 the Navy had established 20 coastal stations to make special broadcasts and communicate with 24 wireless-equipped ships. Perhaps a hundred or so high-power amateur stations were also operating in the US at this point.

Companies started to be established around 1908, many based on wild claims impossible to satisfy, which therefore fed public skepticism about radio. But as the business environment stabilized, companies consolidated and commercial stations were built—most notably by United Wireless, a conglomeration of the most successful systems of the time. By 1910 the firm was operating 70 stations communicating with 400 ships.1 This was commercial wireless telegraphy, a communication service; the broadcasting boom was still years away.

With increasingly more stations to hear, radio’s popularity as a hobby exploded, producing more amateurs generating even more signals to hear. The demand for information about wireless outraced its availability. A lack of technical details in most published articles about radio left experimenters without a source of information useful for actually building receivers and transmitters. To fill the void some publications began to devote regular space to radio and new specialized journals emerged. Prominent among the new ones in 1908 was Modern Electrics, published in New York by businessman Hugo Gernsback, which grew to claim a circulation of 52,000 three years later.

Clubs played at least as big a role as magazines in expanding interest in radio. In New York, a group of boys with an average age of roughly 12 formed the Junior Wireless Club in January 1909 under the guidance of Fessenden; it was the first amateur radio organization. Two years later it was renamed the Radio Club of America. It would grow into one of the most significant technically-oriented clubs, attracting members deeply involved professionally in advancing the radio art, and inspiring the formation of many other such clubs around the country. 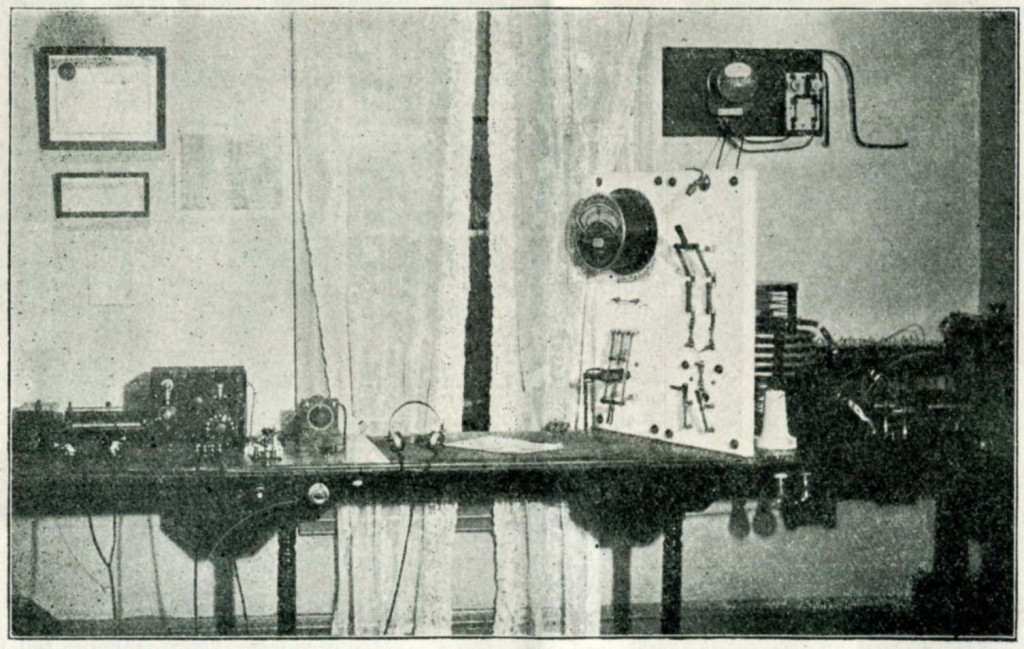 As a group, amateurs were the quickest to adopt and invent new wireless technologies, outpacing both the Navy and the commercial stations. In 1910 the number of amateur stations transmitting with high power transformers had grown to several thousand, with many more using small spark coils. Roughly twice again that number had set up receiving stations. Although not backed by any law, the Navy was issuing “certificates of skill in radio communication,” mostly to amateurs, awarding 447 of them that year alone.

Since there was essentially no government regulation of radio at the time, no single group had the legal basis to claim priority over any other, and contention for use of the airwaves naturally ensued. There were simply too many stations attempting to use the same spectrum, the same “air.” First to widely use tuners, amateurs held a distinct advantage in dealing with the crowding and interference.

Outnumbered and falling behind in technology, the Navy and United Wireless sought to do something about the amateur radio problem through legislation. In the spring of 1910 two bills were introduced in congress that would outlaw amateur activity, not by explicit writ but by exclusion. They both provided for certain classes of government-registered stations and outlawed any interference—without mentioning amateurs at all. Interference to registered stations would simply be illegal. Although it passed in the Senate, opposition quickly arose from individual amateurs and clubs across the country, notably including the Junior Wireless Club, sending the proposal to defeat in the House of Representatives.2 Other bills emerged in the same vein including one in 1911 which was defeated by a similar opposition led by the R.C.A.

Marconi chose to weigh in on behalf of the amateurs, not out of altruism but for sound business reasons. Amateurs had been the primary buyers of tuning equipment that Marconi manufactured, and the company also wanted to break the lock that United Wireless had on the US market and sell equipment to the Navy.

In 1912 the Navy took a new approach, attempting to establish a legal framework governing all wireless operation. Thirteen bills were introduced in congress. Wireless operations at sea could reach a maximum wavelength in the neighborhood of 600 meters limited mainly by the size of ships, which restricted how long an antenna could be. Interference in the range approximately 400 to 600 meters was therefore to be eliminated by the proposed law. Since wavelengths shorter than about 250 meters were considered mostly useless, the amateurs would be relegated to 200 meters or shorter, using a primary power not to exceed 1,000 watts. The final adjustment to the combined bill that emerged was to remove a requirement that even receiving stations must be licensed.

This time neither technological superiority nor sheer numbers could prevail against organized bureaucracy and the bill was signed into law by President Taft on 17 May 1912. Nineteen regulations governed the operation of radio stations in the US, any of which could be waived if no interference resulted. The Department of Commerce3 would administer the new law including licensing and enforcement.4

The first few regulations dealt with matters common to all wireless operation, such as signal quality, time sharing, priority of certain services and distress calls. You had to get down to regulation fifteen to find the first one specifically aimed at amateurs:

No private or commercial station not engaged in the transaction of bona fide commercial business by radio communication or in experimentation in connection with the development and manufacture of radio apparatus for commercial purposes shall use a transmitting wave length exceeding two hundred meters, or a transformer input exceeding one kilowatt, except by special authority of the Secretary of Commerce and Labor contained in the license of that station…

The sixteenth regulation further restricted power to one-half kilowatt if the station was within five nautical miles of a naval or other military station.

No person or persons engaged in or having knowledge of the operation of any station or stations, shall divulge or publish the contents of any messages transmitted or received by such station, except to the person or persons to whom the same may be directed, or their authorized agent, or to another station employed to forward such message to its destination, unless legally required so to do by the court of competent jurisdiction or other competent authority.

Although it left no room for interpretation, this last regulation did not seem to apply to amateurs insofar as strictly amateur communications was involved.

The general introduction to the Amateur section of the regulations read:

The Department recognizes that radio communication offers a wholesome form of instructive recreation for amateurs. At the same time, its use for this purpose must observe strictly the rights of others to the uninterrupted use of apparatus for important public and commercial purposes. The Department will not knowingly issue a license to an amateur who does not recognize and will not obey this principle.

Second grade amateur operator licenses were granted simply upon application by anyone located where a test could not be arranged—no testing was involved. A First Grade license required one to pass a written essay exam and demonstrate an ability to transmit and receive Continental Morse. Although the regulations specified no speed requirement,5 proficiency at 5 words per minute was the generally applied standard.

Applications for this class from amateurs with less than two years experience in actual radio communication will not be approved. The application must state the experience and purpose of the applicant, the local conditions of radio communication, especially of maritime radio communication in the vicinity of the station, and a special license will be granted only if some substantial benefit to the art or to commerce apart from individual amusement seems probable.

In the first four months of 1913, 1,185 amateur licenses were issued, and by year’s end that number had reached nearly 2,000. But many more amateurs simply did not opt to get licensed at all, finding it unnecessary if they were careful to not interfere with commercial and government stations. By the end of June 1914 there were more than 5,000 licensed amateurs, and an estimated twice that many amateur transmitters in actual operation.6 With the government paying attention mostly to commercial stations, lack of enforcement resulted primarily from a lack of funding for it. 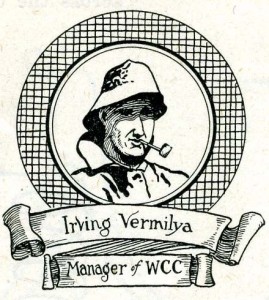 Irving Vermilya was one of the first to take the exam for a first grade license, received Certificate of Skill #1 and became recognized as the first official radio amateur in the United States. Later, he recounted the early part of his story in a humorous two-part article beginning in February 1917 QST,7 titled “Amateur Number One,” a moniker he would retain for the rest of his life.

A station license was also required for an amateur to own and operate a transmitter. In some cases family members would share a station license. Several pairs of brothers did so and their stations were among the most well known on the air. In Los Angeles, the Seefred brothers, Howard and Lyndon, operated a joint station, 6EA and were frequently referred to simply as “Seefreds.” The Mumford brothers in Washington similarly operated together as 7CU as did the Robinson brothers with their station, 2QR in Keyport, New Jersey. Less frequently, there were also instances of married couples sharing a station, for example, Professor and Mrs. Charles Candler in Marysville, Ohio, who operated 8NH, one of the most active stations in the Midwest.

Amateurs had narrowly escaped extinction but now found their operation limited under government restrictions for the first time, relegated to the worthless wavelengths near 200 meters by the 1912 law. Or so it seemed.