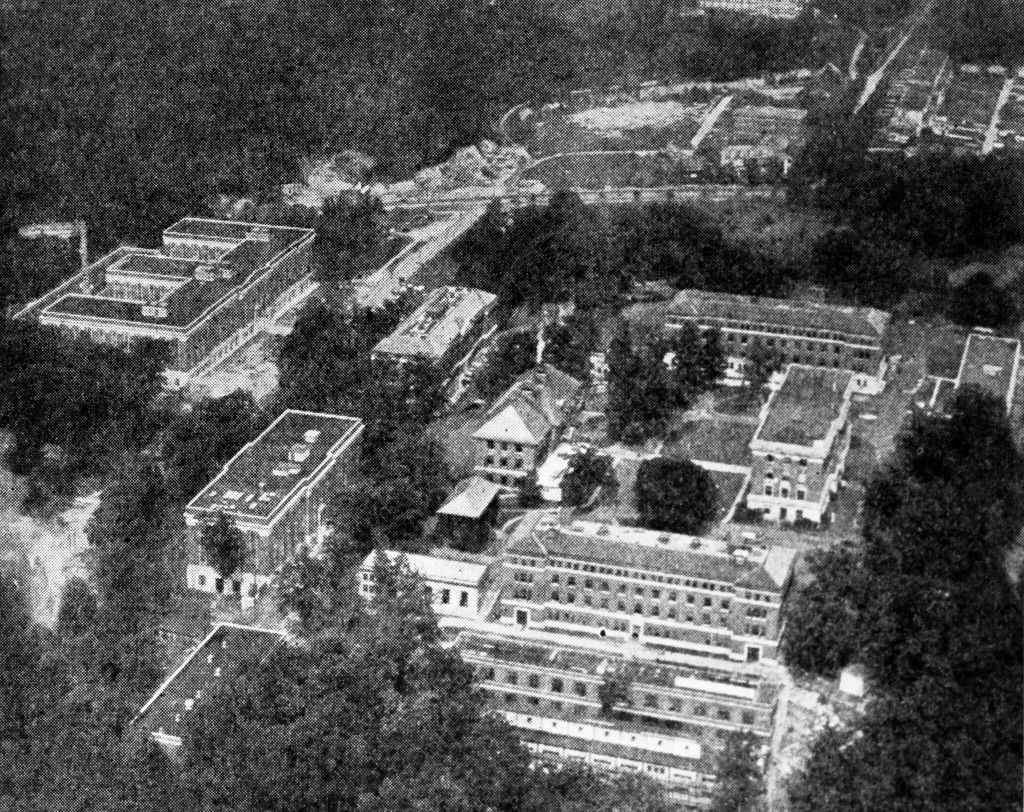 At the ARRL’s request in the summer of 1923, the Bureau of Standards announced that it would begin a schedule of broadcasts on precise wavelengths so that amateurs could calibrate their wave meters and receivers.1 The Bureau’s station in Washington, D.C., ran a highly stable oscillator driving a one-kilowatt power amplifier and had a proven record of being heard over a wide area, even on the West Coast. In print its call sign, WWV, evokes the graphical visualization of a radio wave.

On the air since 1920, WWV began as a source of news from the Department of Agriculture, broadcast on CW. It also experimented with Friday evening concert broadcasts. But in late 1922 its emphasis changed to transmitting standard frequency signals, something more in line with the Bureau’s mission, primarily for the benefit of commercial stations. WWV had also conducted the QSS tests of 1920 jointly with amateurs, when QST Technical Editor Robert S. Kruse was at the key in his dual role of government engineer and radio amateur.

Now the Bureau would again collaborate with amateurs to promote precise frequency measurement and control. It planned to broadcast from July through October from Washington, D.C., on a schedule that would run from 11:00 p.m. until 12:41 a.m. Eastern Time, spending eight minutes on each of seven wavelengths between 705 and 200 meters. Amateurs were advised to mark their receiver settings for each one, and then calibrate their wave meters to their receivers.

In 1923, amateur radio receivers were still cumbersome to adjust. To illustrate, this is how one such tuning procedure was described, in preparation for the broadcasts:

In all receiving sets now available the tuning is changed somewhat by any adjustment of the tickler, tuning switches, antenna condenser, filament rheostat, or anything at all. Therefore, take no chances, but get all prepared before WWV’s schedule with a log sheet and a pencil to take down these adjustments. Then when you hear WWV, loosen the coupling as much as possible and tune the secondary circuit very carefully to WWV’s wave. Now note down the exact position of every movable adjustment on the set. Don’t trust to memory; it is no good for the purpose. 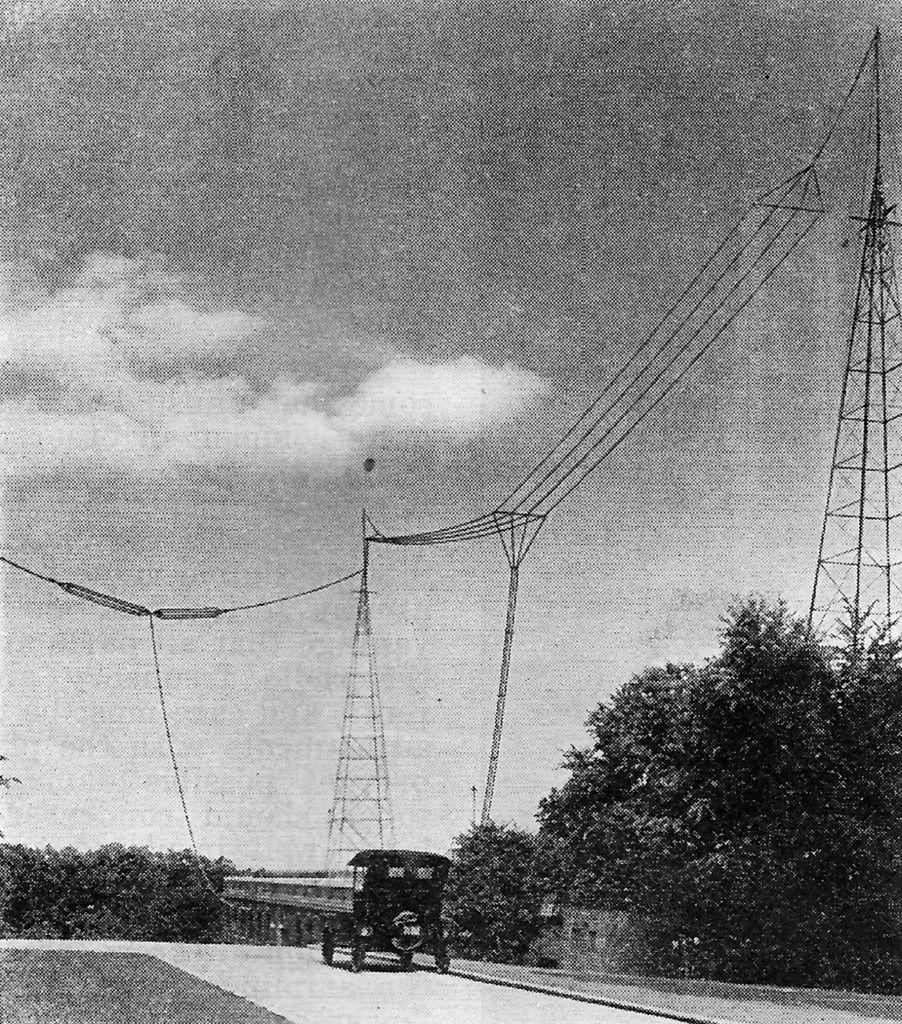 The broadcasts proved to be popular and many amateurs took advantage of them.2 Kruse noted that “for the first time a large number of amateurs are quite certain as to their wave lengths.”

The ARRL announced that a special standard wavelength test on the night of 7 October would be shifted later in the evening to give the West Coast a better chance at participating. It also asked the Bureau to continue its schedule beyond that month’s planned end date. The Bureau agreed to continue them through February.34 “Don’t miss this chance to find out where 150 and 200 meters really are,” wrote Kruse, and urged members to write to the Bureau to voice their support for making the broadcasts permanent.

Knowing what wavelength you were on did not come easily in 1923 and these broadcasts helped a lot. WWV’s accuracy was 0.3% (5 kHz at 200 meters), far better than the wave meters most amateurs owned.5 The tests’ format was described as “a general call (i.e., QST de WWV), a standard frequency dash6, and announcements. The call continued for two minutes, including the statement of the frequency (not wave length) being used. The standard-frequency dash was broken occasionally by the signature WWV and continued for about 4 minutes.”

Response to the test broadcasts was big enough for the Bureau to notice. By autumn, WWV had expanded their operation to include several frequencies between 125 and 2,000 kHz, useful to both commercial stations and amateurs. Its one-kilowatt CW station was also equipped with a fifty-watt modulator tube and five-watt speech amplifier for making phone announcements.7

Stanford University began similar transmissions at 0.3% accuracy to serve the West Coast from amateur station 6XBM.8 Both stations adopted the same eight-minute cycling pattern of operation.9 Each cycle consisted of a two-minute general call including a statement of the frequency, a standard frequency signal consisting of long dashes separated by call letters for four minutes, and announcements that included the measured frequency and the next frequency to be transmitted. A four-minute period of retuning then preceded the next cycle.

The idea also caught on in the UK where station 5HW of the National Physical Laboratory at Teddington, England began sending wavelength references between 833 and 5,000 meters.10

To augment the Bureau broadcasts with additional wavelength references for amateurs, the ARRL appointed twenty-four Official Wavelength Stations, or OWLS, located across the country.11 At a lesser accuracy than the Bureau of Standards stations, the OWLS did not operate on a set schedule of times or frequencies—they simply operated as usual and would identify using their call sign followed by a number specifying their wavelength. They were selected for their ability to maintain a frequency accuracy of 1% (or 15 kHz at 200 meters). 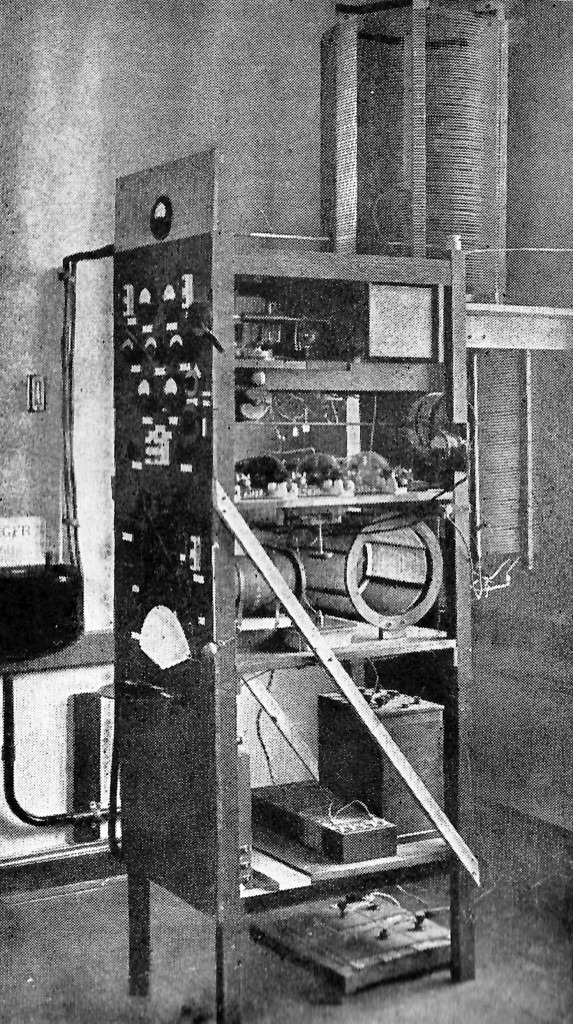 Living in the Baltimore area and being local to WWV, number-one YL Marion Adaire Garmhausen, 3BCK, paid a visit to the Bureau of Standards Radio Laboratory in early 1924 and described the station for QST with her usual humor.12 Impressed with the transmitter, “in a rack at least eight feet high by about three feet wide,” and an antenna system complete with “a counterpoise to bring tears of joy to the eyes of the city cliff-dweller,” she was even more impressed with the staff: “A good looking young man with curly hair was winding a coil, or maybe he was shining a shoe, we don’t know. The young man smiled. He had nice white teeth. We took a sudden frenzied interest in WWV.”

The transmitter consisted of speech amplifier, three 250-watt power tubes, various inductors, capacitors, and batteries. A separate rack of metering and switching equipment was nearby along with receivers, test equipment, and parts galore. And, “every time the young man smiled we felt our interest in WWV mount, whereas our curiosity regarding the rest of the Laboratory dwindled to nothing,” she added.

After stalling for time with transmitter questions that were very likely redundant, she was ushered on by her guide, Miss Elizabeth M. Zandonini (“OW of DC. How that girl manages to keep all that information in one head is a mystery to us”).

“It may have been mere chance, of course, or perhaps our guide had ulterior motives, but we were unceremoniously bundled out of the room after only the fourth explanation of the transmitter, and were forced to inspect the other rooms,” she lamented.